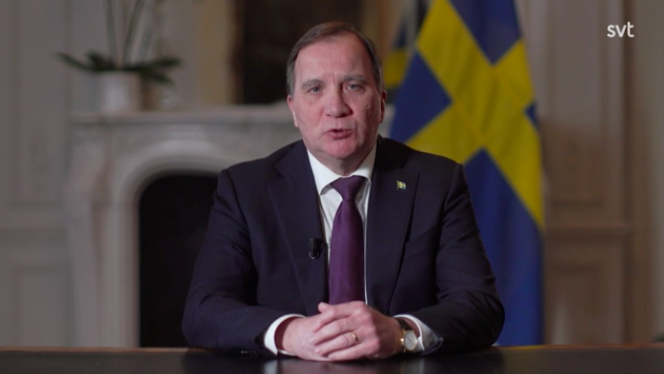 Many countries have been introducing strict measures to slow the spread of Covid-19 in recent days. Germany, for instance, has now limited the number of people to meet to only two. California's governor urged people to "shelter in home" effectively placing the state in a lockdown.

Sweden's neighbours, Denmark and Norway, introduced strict measures early on. However, Sweden is taking a more relaxed approach to slow the spread of coronavirus. Sweden is on a so-called "voluntary lockdown".

In Stockholm, the city is much less busy than normal.  The streets are much less busy and public transportation is far less packed. The bus drivers are protected with red and white tape blocking the public from getting too close to them. Instead of entering the bus in the front to blip your public transit card, now you can only enter the rear doors. The cafes still have visitors, but much less than usual. Although, over the weekend, if a cafe had chairs in the sun when the weather was nice, they were certainly filled with people. In the Central station,  it is very easy to spot travellers that have masks on to protect themselves with both medical masks or scarves. The public is certainly taking precautions against spreading the virus voluntarily, but is it enough? Are we practising enough social distancing? And why is it that Sweden is taking this relatively more relaxed voluntary approach to public health?

Why is Denmark's coronavirus lockdown so much tougher than Sweden's?- The Local DK

"The differences are quite extreme. Denmark was one of the first countries in Europe to close its borders, and has closed all schools, kindergartens, restaurants, and cafés and banned all gatherings of more than ten people.

In Sweden kindergartens, elementary schools, bars and cafés are still open as normal."

"In Sweden, state epidemiologist Anders Tegnell has come under fire from both scientists and from the public for not pushing for a tougher lockdown.

'How many lives are they willing to sacrifice to avoid closing down and risking major consequences for the country's economy,' Joachim Rocklöv, a professor of epidemiology and public health sciences at Umeå University, said in an email conversation obtained by Swedish public broadcaster (SVT)".

"Sweden's state epidemiologist Anders Tegnell, who has been the leading force behind Sweden's more gradualist approach, explained to DR why Sweden had taken a more slowly-slowly approach.

'In Sweden, our assessment is that its not relevant any more to close borders because the infection has already spread so much in every country in Europe, that inhibiting travel wouldn't have an effect,' he said.

Tegnell said it was difficult to judge at present, but that his feeling was that Denmark's government had acted too rapidly and  heavy handedly.

'From a Swedish perspective, it looks like you are reacting a  little too quickly,'  he told DR.  'We will see, after all this has finished, who comes out best.'" -- The Local

What do you think? Is the Swedish government taking strong enough precautions? What did you think of  Prime Minister Stefan Löfven's address to the nation last night? Do you think that your friends and family are being precautious enough despite strict regulation?

If you live outside of Sweden, you can still state your opinion about your own country's situation.

Here’s an article from the Guardian: https://www.theguardian.com/world/2020/mar/23/swedish-pm-warned-russian-roulette-covid-19-strategy-herd-immunity

I'm not following the statistics, so I don't really have any knowledge of how Sweden is doing compared to other countries. I guess we will see when it's all over, like he said. I hope Swedes are practical enough to figure this out without the government interfering too much. So far, I only have one friend who has caught the virus. In his work, he meets many people the whole day.

I hope your friend has a full recovery.

I think it’s good that they are building a new emergency hospital in Stockholm. I wonder how fast they can build it.

Here are some country statistics: https://www.worldometers.info/coronavirus/covid-19-testing/. 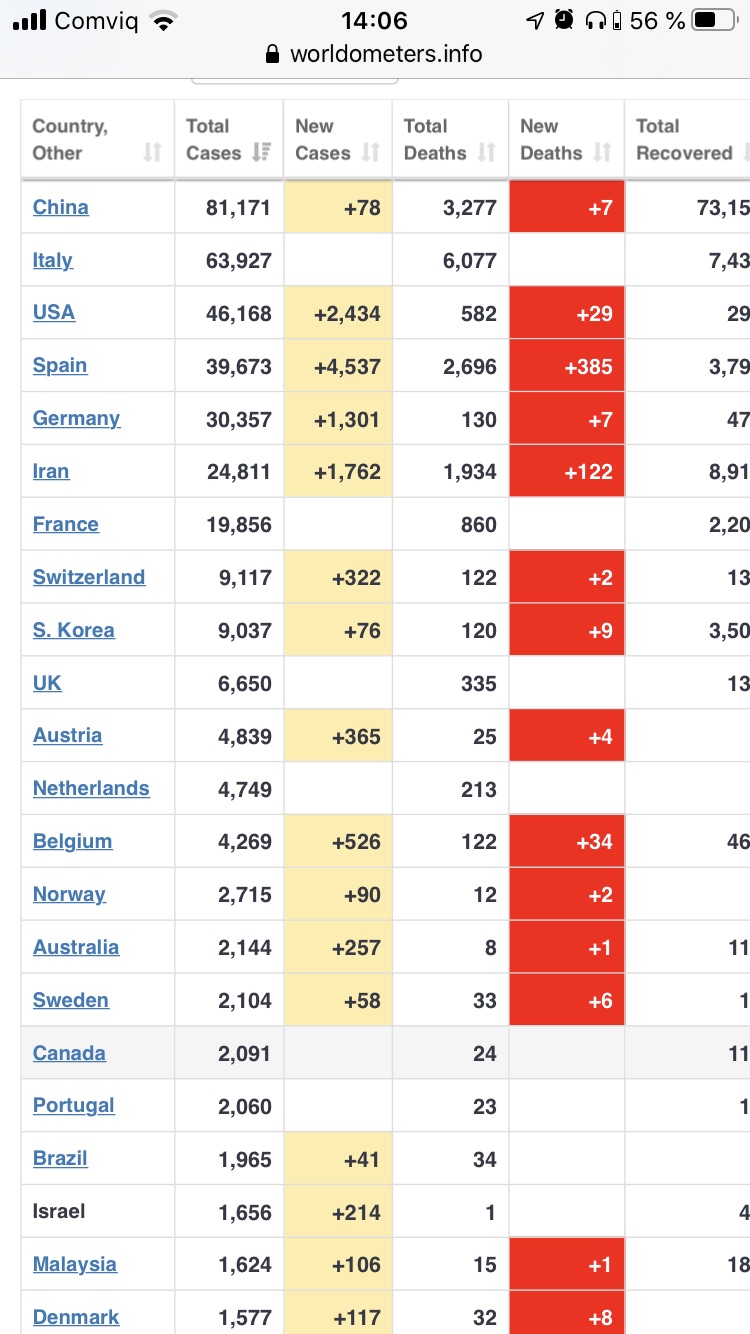 The figures are not updated very frequently? It says "As of March 9, 2020". It might be me not interpreting it correctly also. 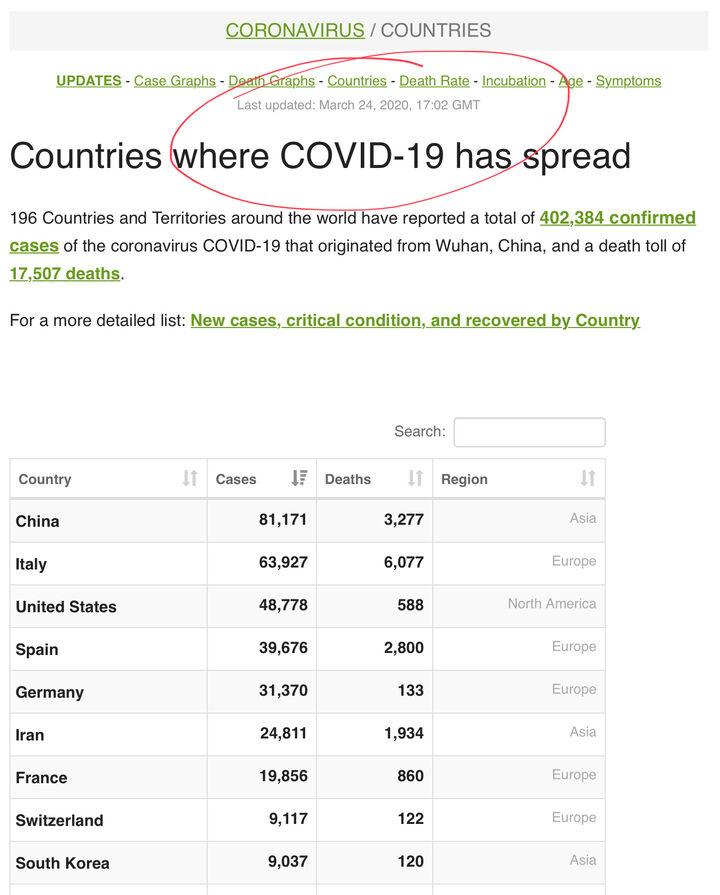 Thanks for getting me on track.

I think this is an interesting chart. It shows infected and dead from corona virus per 1 million citizens, country by country. Note that for countries with very few infected, the figures are less reliable as statistics.

Sorry, I think I should have written residents instead of citizens in #7.

#7 That is an interesting chart!

Here's a table showing the corona situation as of now. Countries are sorted by the number of corona deaths in relation to 1 million residents.

As you can see there are many differences compared to March (#7). Most notably, the number of deaths are many times higher.

Even though it may look like Sweden has only moved from position 17 to 16, that is far from the whole story. For months, the death rate of Sweden was around the 8th highest in the world. Since summer, Sweden slowly has fallen in the table because other countries have had a faster climbing death rate.

The US for a long time was one or two positions below Sweden. Then their rate started climbing again. Yesterday they reported their highest number of new cases in a single day ever.

Denmark and Norway has fallen out of the top 20 and now are way down in the table. 68 and 103 respectively.

Italy and Spain for a long time were out of top 20 after locking down their societies, but now they are back among the top 20 after opening up again. 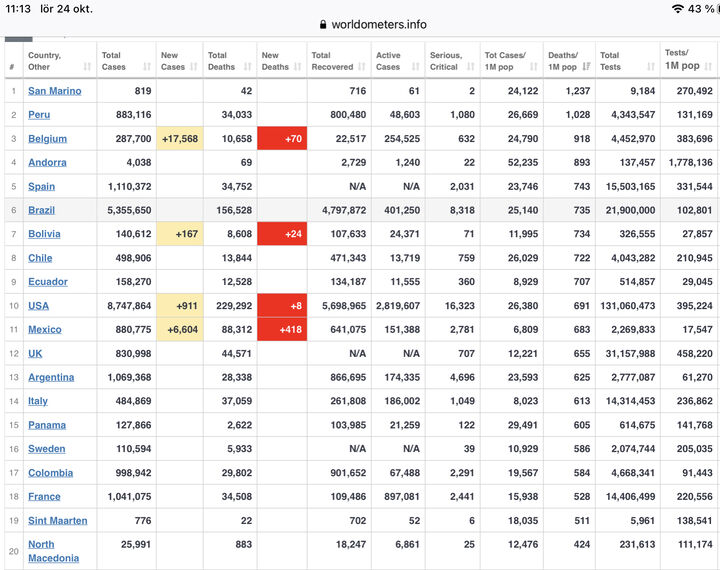