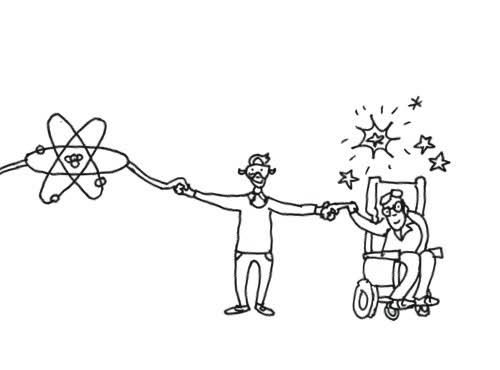 What do you regard as the most profound questions /mysteries faced by humanity? My candidates include:

1. Cosmology: How did it all begin, why is there sonething rather than nothing? Physicists are comfortable turning the clock back to the first fraction of a second of the universe, but the models stop working before that.

2. Biology: How did life on Earth first begin? The known replicators are already incredibly complicated. Too complicated to realistically cone together by chance, perhaps suggesting some prior, weaker evolutionary process.

3. Philosophy: What is consciousness, how and why did it evolve?

4. Physics: How should quantum mechanics be interpreted. We have the most successful physical model of all time, on which most of modern technology is based, but everyone is scratching their head as to how to interpret it. Can there really be a multiverse of infinite universes? Why do outcomes seem dependent on observation?

I don't think all questions we ask can be solved by humans. That doesn't mean we should stop asking them, though. 🙂

1. How can we be sure that the world exists and isn't just a fantasy or dream?

2. Does humanity get more human?

What happens in death/after life?

Where do fruit flies actually come from?

On a more serious note, I would love to know that if there is any other life forms out there, could we ever communicate with them?

#2 we have an answer on that one 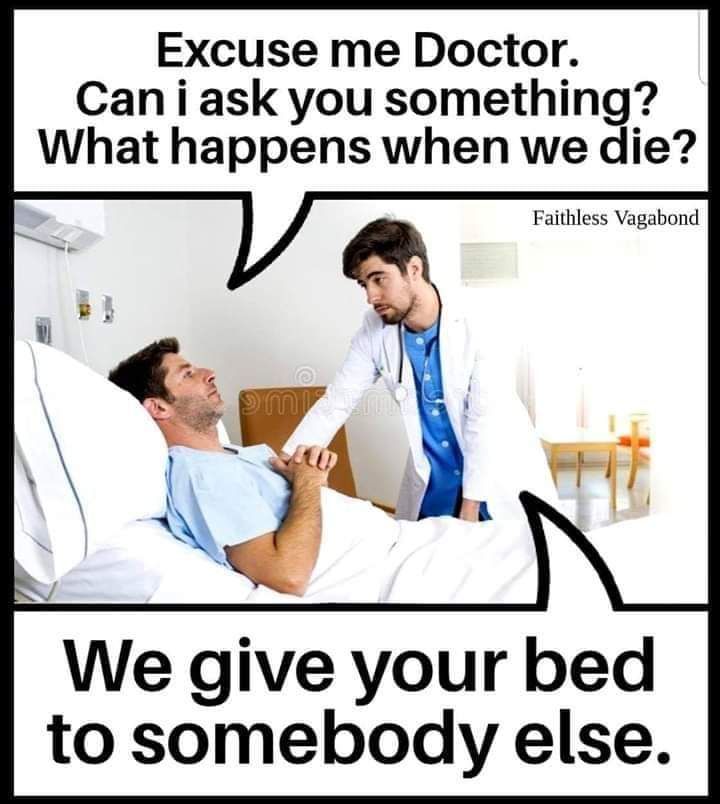 #3 I agree this is a fascinating question. Though we have very limited data I think it is possible to at least make reasonable speculations. Let's start with what we know, or at least have some confidence that we are in the right ball park. There are ALOT of stars and associated planets out there. Best estimate on the stars in the Milky Way is 150-250 Billion, with an average of 1 or 2 rocky planets. The MW looks like a fairly average galaxy and a best guess of 100 billion galaxies in the universe. What that means is that unless life on Earth was the result of the most extraordinary fluke, it's almost certain that life has evolved in many places at many times in the rest of the universe.

Though no concensus has yet emerged, we seem to be moving towards plausible explanations of how life first evolved here on Earth - in just the couple of hundred of years we have had the intellectual tools to seriously think about the issue. (a blink of the eye in cosmic terms). Moreover it looks like life first evolved here at least 3.5bn years ago and quite possibly a good deal before, on a planet only 4.5bn years old. Given the Hadeon period when the Earth was basically a giant fireball being bombarded with giant meteors etc last until about 4bn years ago, this suggests life on Earth first got going pretty soon after things settled down enough to make it at all plausible. This in turn suggests that life evolved through some understandable (though still improbable - it may have taken 100s of millions of years to happen) process rather than a wildly implausible fluke event. If this is right, it's very probable that given the numbers of planets out there, life will also have evolved on many many planets (eg 10,000 million times!) even if the probability of it evolving on a particular planet is extememely improbable (eg 1/1 million)

If we now turn to intelligent life, our experience on earth is that this takes alot longer - around 4bn years in our case but the steps along the way cellular, multicellular, brains, socially connected brains etc seem to be fairly well defined and each step seems to be "just a matter of time" before it happens. So given the above guesstimate of times life has evolved, even if the steps are implausible and would take a long time its difficult to believe there would be less than say a million intelligent life forms in the universe. The problem is that even if intelligent life has evolved 1 m times in the universe, the universe is so vast this would only mean 1 in every 100 galaxies. Moreover, the way things are going on earth, it looks like almost as soon as a technological civilisation evolves it will destroy itself.

#6: Wow, that was impressive! I have never seen a breakdown into probabilities like this before. Thank you! 👍🏼

#6 The interesting thing about the origin of life question is that we seem to be getting closer to the answer in real time. Each year now, new evidence seems to be uncovered that reveals a little more. I just watched some PBS/EONS shows on the subject and it seems that the evidence is mounting towards life starting pretty close to the end of the Hadian and maybe even before. I think the oldest rocks left anywhere on the planet surface (zircons I believe) are from this time so it's difficult to go much earlier. People also seem to be swinging in favour of deep water vents as the most likely starting place. If this is right, it strongly supports the contention that initiating life is not as tricky as we perhaps imagined as it seems to have kicked off more or less as soon as feasible here on Earth. If this is the case, then the clear implication is that not only is there plenty of other intelligent life somewhere in the 100 billion galaxies of the universe but there ought to be plenty of intelligent life even among the estimated 10 billion rocky planets orbiting Sun like stars within the Milky Way. The distances between stars (and my presumption that intelligent life will quickly self destruct) means that even if it is common in our galaxy, we are unlikely to run into it any time soon. However #3 also raised an additional fascinating question of suppose we did somehow encounter extra terrestrial life, would we be able to communicate with it? My gut feel on this one is that whilst we remain souped up apes, it's unlikely that other life forms would be sufficiently similar to make communication plausible as our brains are too evolved to cope with the particular problems we faced in the Pleistocene environment. However if as seems plausible we morph into some form of AI system then I think intergalactic communication becomes more plausible. Communication is in essence the generation and interpretation of a pattern of data. Our AI descendents probably wouldn't have much difficulty in recognising a pattern of data as having been generated by an alien life form. In the probable absense of little green men pointing to something or sketching stuff in the sand, the interpretation bit is going to make decypering cuneiform look trivial by comparison, but if we get past the singularity phase of our future who knows what may be possible?

#6 " For these reasons my view is that 1 there are many many instances of intelligent life scattered around the universe but that 2 the universe is so vast and these intelligent life events may be so brief in geological time that the chances of our ever encountering them woukd be minescule."

This is also interesting: "1. How can we be sure that the world exists and isn't just a fantasy or dream?"

Some physicists and scientists gathered around to discuss about the probability of whether or not we are living in a computer simulation.

#9: I think the big problem with thinking about whether the world is real or not, is that we probably can never know one way or the other, or do anything about it.

» Elon Musk: The chance we are not living in a computer simulation is 'one in billions' | The Independent

And in the end, does it really matter? I mean to us. I guess it matters to people who study this kinda thing. But we are just going to keep on living our lives, probably.

No, that's what I mean. We probably can't find out if and couldn’t do anything about it either way. In my opinion what “guides” the world may as well be part of natures laws as a computer simulation. I think there probably are many laws of nature that we haven't yet defined.

#13 Nick Bostrom has put forward an argument he calls the simulation argument that under various reasonably plausible assumptions it is not only possible, but overwhelmingly likely that ww are living some sort of simulation experience.

I started watching this video from that link, but quickly found that I lacked enough background knowledge to follow along. 🙂