What Is Your Favorite Game To Play With Friends? 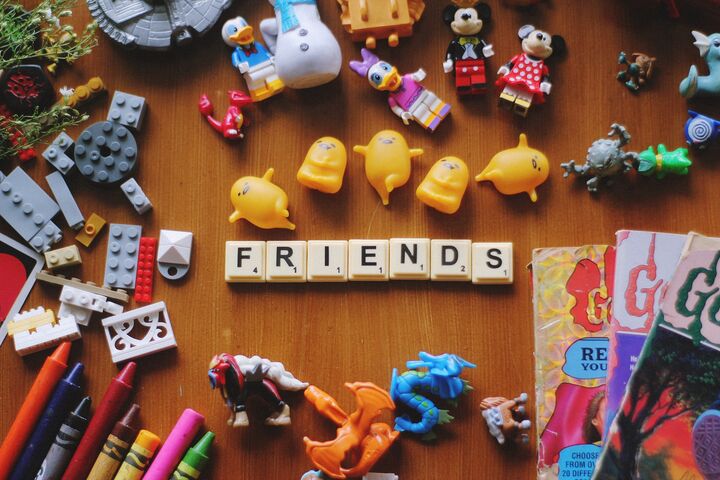 What are favorite games to play with a group of people?

Photo by Hannah Rodrigo on Unsplash

I really love playing 'Cards Against Humanity', it can be quite offensive so its not for everyone!

Unfortunately, I'm not much of a board game player. I never really understood the point of them. There were a few exceptions though. I once enjoyed playing chess and Othello. I'm not sure Othello is called that in English. It's the Swedish name. Also, I'm a little curious about Go. I have heard of it, but never seen or played it.

#2 I've not heard of Othello, I can only think of the Shakespeare play, is it related to that?

No, it has another name in English but I hoped to get away with the Swedish one. 😊 I'll try to find the right name.

Reversi is another name that is nowadays synonymous with Othello.

I think I remember Othello. Did it have black and white tiles or disks or something?

#5 I can't say I recognised that one either

I haven't played board games for a long while. When we are kids we usually got Monopoly out at some time. If you look at all the thousands of board games that have been launched over the years it is remarkable how the classics Monopoly and Scrabble in the UK have stood the test of time. In the current era I suspect the Christmas tradition of Board Games has eroded. I suspect that in most families the individuals are busy tapping messages etc on their phones (just as I'm doing now). We have lost something for sure.

Last week a colleague and I found that Monopoly has tried to adjust to today's society by creating co-branded versions, like Monopoly Fortnite edition. Not only the looks of it are changed, but also the scope of the game. No more streets, money or real estate.

One of my all time favourite and game we played a lot when I was younger is Bondespelet (farmersgame). Everyone starts out with a Torp (has 3 cheap fields) and on the board you get the possibility to by seeds and plant on your fields and in the right month you can harvest it and make money (but some cards make things dry or freeze depending on the moth the players in and you loos things but with right insurance you may get money back). You could also own forest (and get both money from it or loos money, same with cattle but with them it always feels like loosing money). Every turn around the board represents one year.When a player can afford it he/she can buy a farm and get more money from the field (but the seeds cost more) and after that you can buy a mansion and get five fields that give more money and the goal is to be able to buy the castle. (There is 6 torp, 4 farms and only 2 mansions on the map).

My next favourite is Jägersro, its a horse racing game and I had to buy a new copy of it because the old one got to well-worn to play. You buy horses, bid on them, race them in different races and in the end the one with the most money wins. And during the race things can happen like a horse breaking a leg and have to be put down or have a nice gallop and can move forward.

And the game I liked more than (but feels a bit similar to) monopoly (only tried monopoly like two times in my life) is Hotel. Where you, of course, build hotels and try to get all the other players money :)

Another game we played was Cranium, but you have to be a lot of people for it because you play in teams. Four different categorise to get through for example sculpture the word you get in a clay and your partner/partners have to guess the word, or hum a song, or spell a word backwards or just some quizzes to answer.

Some other games I used to play was Tivolispelet, you had to go through all the attractions and you turned your card after every attraction to see where to go next and the fort getting to the exit won.

And the last one we played a lot was Gänget bygger koja, where you, with actual little wood pieces had to build a little house the fastest.

We also played a lot of card games both in school and with family. And some other boardgames here and there.

Sadly we almost never play any boardgames any more :( but hopefully when my friends children and my nice gets bigger I can play with them!